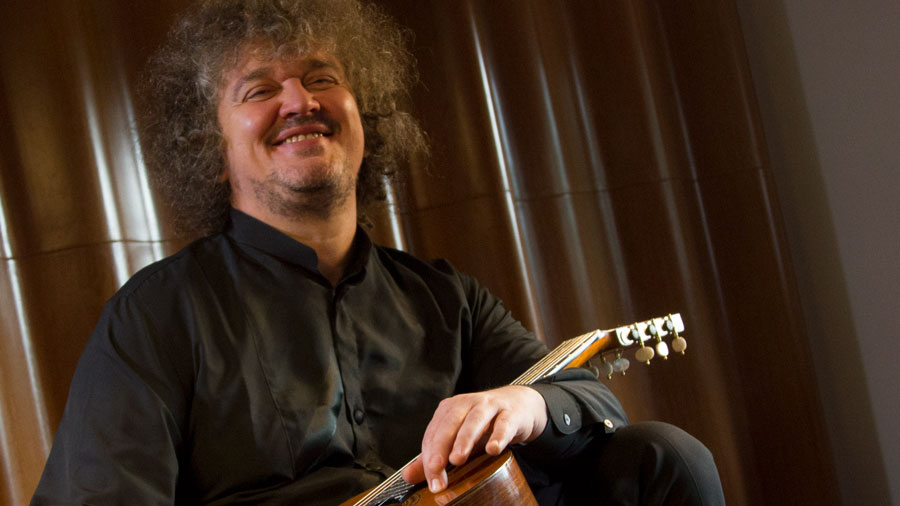 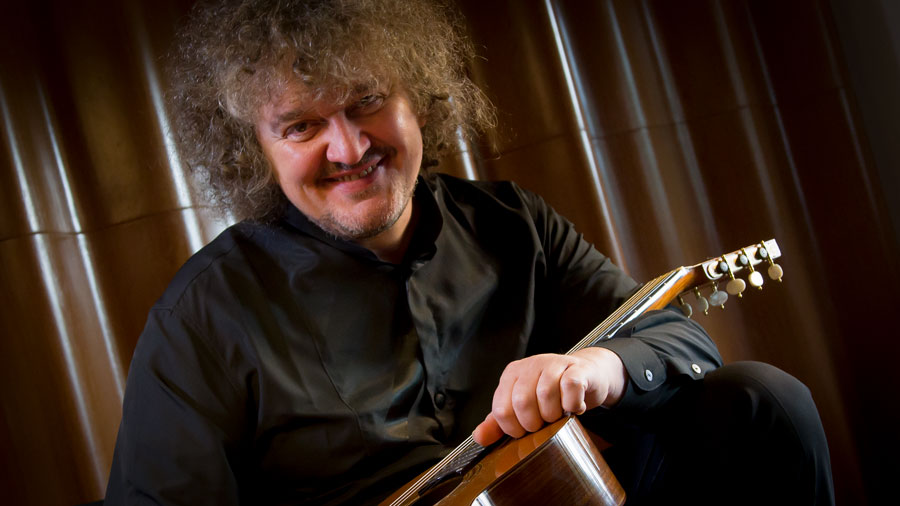 Zoran Dukic (1969, Zagreb) was presented with a guitar at the early age of six. Today he is one of the most distinguished classical guitarists of our time. His concert performances, both as a soloist or with an orchestra, leave long-lasting impressions on audiences and critics alike. He graduated from the Music Academy of Zagreb with Darko Petrinjak and completed his studies with Hubert Käppel at the Hochschule für Musik in Cologne.

In his “tour de force” competition years (1990-1997) Zoran Dukic has won an astonishing number of competitions, being the only guitarist to have won both “Andrés Segovia” competitions, in Granada and in Palma de Mallorca. Showing astounding mastery in a wide variety of musical periods and styles he has also won competitions dedicated to “Fernando Sor”, “Manuel Ponce”, “Manuel de Falla”, “Francisco Tárrega” among others.

Being exceptionally enthusiastic and dedicated to teaching, his pedagogical activities are equally impressive. He has educated generations of young classical guitarists and has one of the most successful classes in Europe. In addition to this, he regularly gives masterclasses all over the world and is often an invited guest to numerous guitar festivals. He has recorded compact discs for labels in Germany, Spain, Belgium, Brazil and Canada. 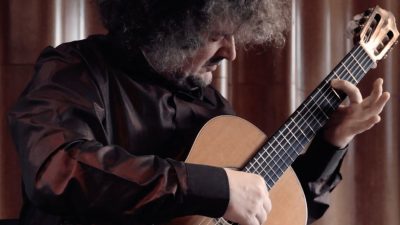 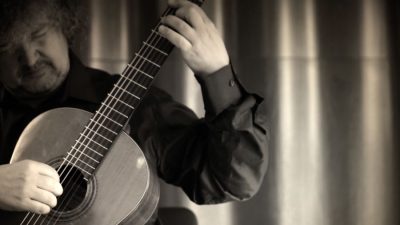 In his Enquiry Concerning Human Understanding of 1748, Scottish philosopher David Hume (1711-76) called into question a century of Cartesian rationalism with his critique of the concept of causality. Heir of John Locke (1632-1704) and of the empiricism of the Oxford School, Hume proposed that what we call “cause and effect” – the physical interplay of efficient causes and their consequences – is merely the product of habit. For Hume, a stone is not heated because the sun shines upon it: that the two events (“the shining sun” and “the heated stone”) are contiguous is empirically verifiable, but one cannot by observation alone get from one to the other. To say the former caused the latter is to exceed the bounds of the empirical and therefore represents an unjustifiable argumentative leap.

If Hume’s skepticism still appears unusual to us today, in his own time, it represented  a veritable scandal for both philosophy and natural science. When, a few decades later, Immanuel Kant (1724-1804) provided a satisfactory resolution to the problem, the world was already decidedly Humean, having abandoned the spell of objectivity: no longer did it operate according to immutable laws, to the rigid mathematics of affect that reigned in the fugues of J. S. Bach (1685-1750).

Not long after the death of Bach, a generation of composers living in Vienna and its adjacent territories began to approach music as a game of resemblances, differences, and juxtapositions, rendering in music the worldviews of Locke and Hume. Mozart (1756-91) and Haydn (1732-1809) began to interlink musical ideas in new and disparate contexts, as if liberating musical thought of necessary causation. In their greatest works, nothing is evident and everything must be tested: at their most inventive, each musical phrase appears to arise from nowhere, from the tabula rasa of perception that anticipates an encounter with musical reality. It is no accident, therefore, that one of Haydn’s most famous works is the Surprise Symphony, a piece premiered in London in the same season in which the composer was awarded an honorary doctorate from Oxford University.

While it is way beyond the scope of these notes to trace the development of juxtaposition as principle of musical creation throughout the 19th and 20th centuries, in a Brazilian context, it will perhaps be enough to cite Villa-Lobos’ improbable synthesis between Bach and Brazilian affect in his Bachianas Brasileiras (1930-45) as paradigmatic case of this compositional approach.

With the appearance of the concept album in its diverse forms (78 RPM, LP, CD, or digital download) a new phase in musical history began in which the authorial character of performers was solidified. The recording itself is transformed into a new kind of musical text – diverse from the sheet music – that arrests time and fixates the sound of the musician. Here, too, the non-necessary juxtapositions and contiguities – between works or between movements of works – are capable of generating new and unexpected meanings.

The present album by Croatian guitarist Zoran Dukic is proof of the currency of these procedures. What defines it is not merely the rigorous alternation between Bach and Astor Piazzolla (1921-92), but the juxtaposition of their affects, the contiguity of key signatures, and the surprise of its almost cinematic cuts. Although each piece is self-sustaining, this is an album that invites the listener to appreciate all eleven tracks in a sequence, as if they formed a single work: a baroque-tango suite, the “Bachianas Argentinas” of Zoran Dukic.

All works by Bach in this recording were composed in a period of only six years (between 1717 and 1723) at a moment in which the composer – aged 32 through 38 – worked as Kapellmeister for Prince Leopold in Anhalt-Köthen.

Dukic’s choices include the slow movements of the Sonatas for solo violin (“Siciliana” of n.1, “Andante” of n.2, and “Largo” of n.3) and the “Sarabandes” of the first two Partitas (also for solo violin). Another “Sarabande,” that of Suite n.5 for Cello (performed here in A minor, as is customary for guitarists who base themselves on the version for lute, catalogued as BWV 995) brings the journey to an end.

The works by Piazzolla were composed between 1959 (Adiós Nonino, which is an hommage to the composer’s father) and 1980 (“Romántico”, the second of the Cinco Piezas para Guitarra, his only original work for solo guitar). The remaining pieces come from the rich creative period between 1962 and 1970: Invierno Porteño (1970) is part of the Four Seasons of Buenos Aires (1965-70), while Milonga del Ángel and La Muerte del Ángel were composed (along with Introducción al Ángel) in 1962 for the play Tango del Ángel, by Alberto Rodríguez Muñoz (1915-2004). The Angel Cycle would be closed in 1965 with Resurreción del Ángel.

During this period, the bandoneonista had already completed his compositional education in Buenos Aires with Alberto Ginastera (1916-83) and in Paris with Nadia Boulanger (1887-1979). With the exception of the Cinco Piezas, the works of Piazzolla recorded here were written for his many instrumental groups (octet, quintet, nonet, and sextet), among which, two quintets (bandoneón, electric guitar, piano, violin, and double-bass) became particularly well known.

In the juxtapositions between Bach and Piazzolla proposed here, Bach is always the vital substratum. His music appears in a register at once sweet and direct, complete, as if to encounter the nervous tresillo of argentine tango were, for it, the most natural thing in the world.