Once, in a conversation with the great guitarist, composer and producer João de Aquino, he uttered the following phrase, which never came out of my head: “Brazil is like a giant tree; if you shake it, it does not stop falling good guitarists. “ In this sort of endless “species”, what about this fertile soil that has already given us Garoto, Baden, Dino, Meira, Raphael, Dilermando, Pernambuco, Guinga, Turíbio, Rosinha and João Gilberto?

Proving once again its inexhaustible power of renewal, that tree gave us, for some years now, another phenomenon: João Camarero, who from his first album was no longer a promise, but a welcome and confirmed reality.

In this second album, Camarero comes out again irreproachable. Basically, by combining two crucial valencies. The first one comes to show the interpreter of immense personality that is João Camarero. And he does so in front of a repertoire that is not easy to face, in compositions of the giants Radamés Gnattali (“Tocata em Ritmo de Samba” and “Choro”) and Aníbal Augusto Sardinha aka Garoto (“Inspiration” and “Enigma”), Barrios (“Valsa nº3”), Canhoto da Paraíba (“Quadradinho”), Raphael Rabello and Paulo César Pinheiro (“Camará”) and João Lyra, who magnifies the album with participation in his “Makarasu”. It is impressive the property with which the guitarist interprets these themes.

Camarero’s second virtue is not to shy away from presenting his compositions. And they are great; created individually, such as “O Maestro no
farra”, or in partnership, such as “Paulistano” made with Rafael Mallmith and “Vento Brando”, with the exceptional Cristovão Bastos.

Since Raphael Rabello (on the seven strings) and Marcus Tardelli (no six), there had appeared no one who played combining so much pressure and clarity on absolutely every note, every sentence, every rythm.

It is as if the great masters of the past had cleared and opened glimpses in an unknown musical canebrake. It would be pointless for a guitarist today to simply retrace the footsteps of his predecessors and get lost, not knowing where to go in this “open canebrake.” João Camarero has already found his way. 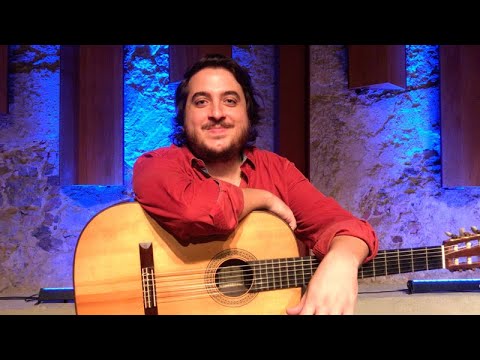 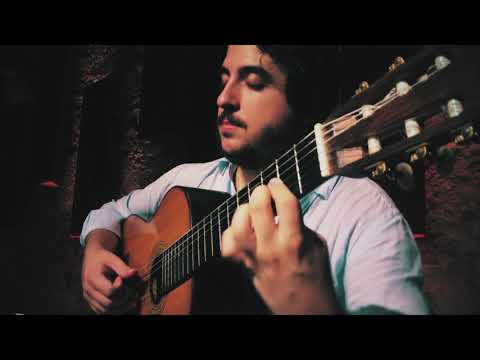 João Camarero called me:
– I need to talk to you, serious stuff.
– Ok, anytime.
– Let’s have lunch tomorrow?

A few years ago the guitar people “alerted” me:
– Have you seen this boy from Avaré?
– Have you heard Camareiro?
(yes, it sounded like it had an i)
– There’s a guy there who plays a lot, you have to know him!
A friend, annoyingly famous, who does not like anything or anyone, told me the same. Another, even more annoying, impressed with the dexterity and beauty of the sound.

– Man, I’m going to record a new album.
– You do very well, the first is spectacular.
– But I want you to produce this!

A great friend told me of a student:
– You need to meet, the guy is incredible!
– Why is he taking classes for?
– He’s not satisfied with his technique, he wants to clean it, get it improved.
– Must be crazy.

– Are you out of your mind? My business is strictly classic, I will disturb you more than help! –
– But I want a more classic look, indeed!
– What if I “plaster” you? – In this respect, my folly; João is impossible to “plaster”.

Then I met him. They took that phenomenon to my house, and the least I can say is that no one had lied. The guy was good. Very good. Amazingly good!

From the visit came others, from others came lunches, dinners, cafes, cigars, music reunions, concerts, recitals… And the guy always impressed me, he was never satisfied, a search not for formal perfection, usually a boring thing: but the search for a ideal of sound, to spend hours with the music already mastered for a phrasing, clearing a passage with imperfections that only he heard, an incessant and almost insane search.

I did not get in the way. In the studio, the presence of his friend and partner, João Lyra, was almost scary: the man understood EVERYTHING about recording. In the soundcheck a loose, relaxed thing; the warning light would turn on and the man would play beautifully, practically all at first. The other guest, Lucas Arantes, came from São Paulo for this recording. He arrived, opened the case, took out his cavaquinho, tuned it, made a perfect take, and left. In the engineering, Gil Costa, a virtuoso. That way I could not even get in the way!

And the record was ready. Very proud to hear it, but pride without vanity: I did nothing, my interference was minimal. But I am proud to have witnessed a serious, honest, dedicated work of love and especially respect for music. To have my name associated with a wonderful CD, a virtuoso, an exceptional guitarist, an exceptional musician, but especially a dear friend, a good guy. An ace!