In his first phonographic records – at the start of 1984 – Edson confirmed the model that characterized his recitals: impeccable sound quality and variety of repertoire. He has been this way ever since. In this second album recorded by GuitarCoop, diversity of forms and composers is still the norm, as he himself makes a point to emphasize.

Variety, however, does not mean that the album is subject to happenstance or to an absence of aesthetic criteria. The classical guitar tradition – a tradition composed of both original pieces and transcriptions – weaves together a kind of web that serves as background to the CD, granting unity and cohesion to its repertoire.

Of the nine composers present in the recording, five were guitarists, teachers, and authors of original works for the instrument. Three of them – Carulli, Aguado, and Giuliani – belong to that notable generation born in Italy and Spain at the end of the 18th century, a period which we refer to today as Classical. Along with Molino, Carcassi, and Fernando Sor, they wrote some of the best pieces for the instrument in their time. The work of these authors plays a crucial role in guitar recordings and recitals to this day.

Carulli is the oldest and most classical of these composers. Judging by the opus numbers associated with his pieces, he wrote copiously, but generally speaking, his editors opted for publishing only the more accessible part of his work, the works that had the greatest potential for profit. The 6 Andantes op. 320, dedicated to his contemporary and colleague Matteo Carcassi, constitute an exception and exemplify his true creative talents. Carulli, perhaps, is due for a reevaluation in the history of the guitar, but what could have been his best work might be lost to the ages.

The authorial work of Dionísio Aguado is quantitatively smaller than that of his contemporaries, and everything indicates that he wrote exclusively for solo guitar. This does not mean, of course, that it is any less valuable. He is equally well-known for his didactic work, especially for the Nuevo Método para Guitarra. The Spanish edition, published in Madrid in 1843, is considered the best version of the text. In this book, written at the end of his life, Aguado recorded the experience of a whole life dedicated to the guitar. The third part of the work, a series of 27 studies, contains the Allegro brillante recorded here by Edson Lopes. It is the last piece of the cycle and merited the following note by the author: “This study offers enough difficulty to be executed with clarity, exactness, and with the tone color indicated by the expression markings.”

The Italian Giuliani is paradigmatic of his own time, comparable in this respect only to the Spaniard Fernando Sor. The production of both, already expressive, gained notable traction at the start of the 1900s when both had their complete works republished in facsimile editions (without revisions and corrections). Giuliani’s op. 101 was published around 1819/20 in Vienna. This same melody, from an opera by Rossini, would return in his Rossiniana part 2, op. 120.

The Frenchman Napoléon Coste, though a close friend of many composers from the previous generation, belongs, musically speaking, to the next period, Romanticism, cradle of other important names such as Regondi, Zani de Ferranti, and Mertz. At this time, harmony became the center of attention in musical composition. Escaping the dominant-tonic polarity, chromaticism and harmonic tension expanded the limits of tonalism, transforming the music of Coste into something very different than that of Carulli, for example.

His Op. 23, Les soirées d’Auteuil is the last part of a total of seven pieced titled Souvenirs, Morceaux Episodiques, Op. 17-23 (1850). Although the general and harmonic conception of the whole permits – or even suggests – the possibility of executing the cycle as a whole, each individual piece is also works in isolation.

At last, we have the final guitarist-composer of the album: the Paraguayan Agustin Barrios, our Latin American outsider. Born in the interior of a post- war Paraguay, away from the major guitar centers of his time, Barrios had enough talent and vigor to fuse the classical-romantic tradition with his Latin American roots, producing a body of work that is rich and original. Today, Barrios’ work is recognized, published, and recorded around the world. His work, on average, demands a lot from its executee and the Allegro sinfonico is no exception. A full edition of his complete oeuvre is still a work in progress, but we know about 120 of his pieces today.

The remaining works, by the four non-guitarists, appear in the program by way of transcriptions, an important practice in the evolution of the guitar. Although a well-established mode of repertoire-building – Carulli, Giuliano, and Coste wrote them, to keep ourselves exclusively to the guitar world – Francisco Tárrega (1852-1909), founder of the modern guitar, widely amplified and elaborated transcription practice, an activity (so he thought) that could elevate the status of the instrument. After him, Segovia and many others gave continuity to this practice to the present day: old ones, new ones, and revised ones are crucial features of the classical guitar universe. Certain transcriptions have even acquired the prestige of being better known (or better heard) in their guitar versions than in their original form. 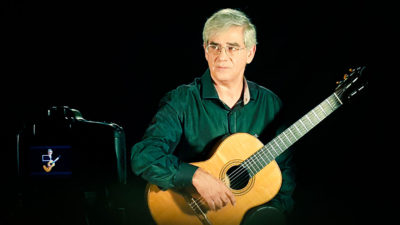 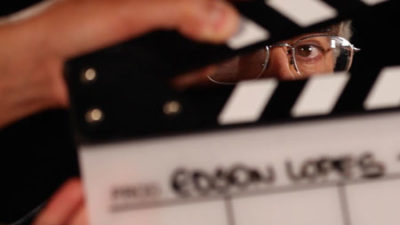 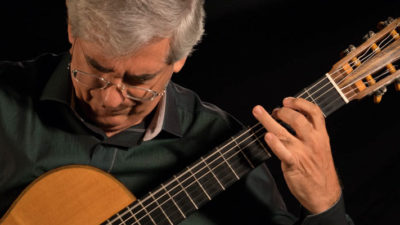