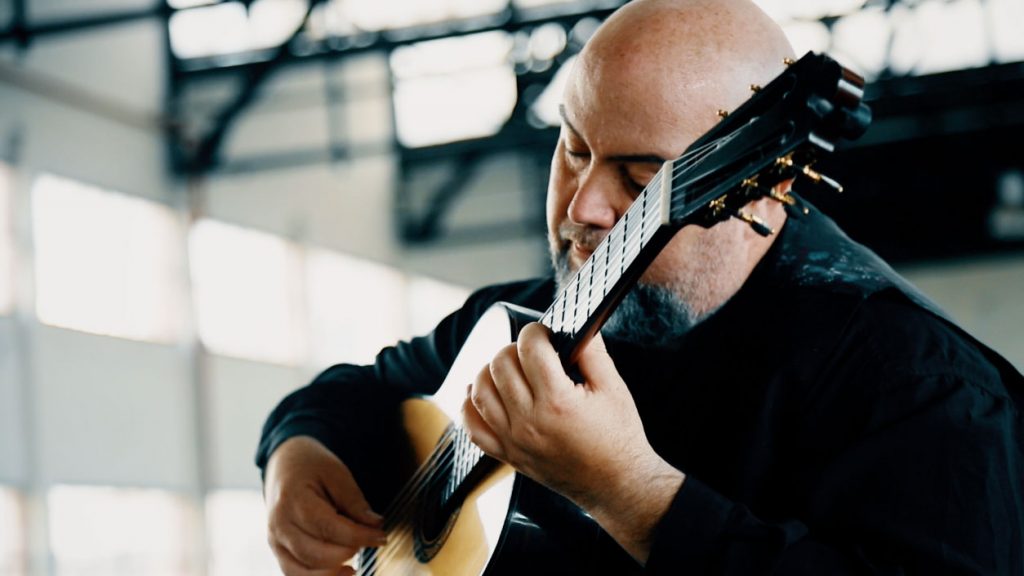 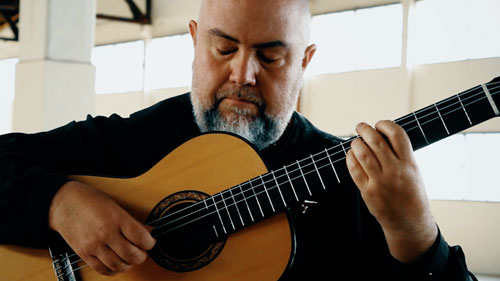 What a singular pleasure it is for me to share some of my favorite baroque music with you all! The works presented on this recording represent a fairly wide range of baroque compositional styles by some of the superstars of the period. Each composer was a master not only of the pen, but of his chosen instrument. It is my hope that their collective musical spirit has been awakened again here on my own beloved instrument, the classical guitar.

Domenico Scarlatti (1685-1757) was an Italian composer who spent most of his professional life working for the Portuguese and Spanish royal families. He was born in Naples, in the Kingdom of Naples which belonged to the Spanish crown at that time. Although his instrument was the harpsichord, many of his 555 keyboard sonatas display a tinge of guitar characteristics, such as strumming, or dissonances hinting at more folkloric guitar idioms.

It was the harpsichordist and musicologist Ralph Kirkpatrick who, in 1953, published an edition of the sonatas organized chronologically, which would become the preferred edition over the previously popular collection published by Alessandro Longo in 1906. These are where we get the K (Kirkpatrick) and the L (Longo) numbers. The two sonatas offered here, K.1 and K. 322, both worked very well on the guitar in their original keys, and I grew up listening to some of my guitar heroes playing K. 322.

Coming from a large and respected musical family, François Couperin (1668-1733) had the title “Le Grand”(“The Great”) attributed to him to distinguish him as the best and most popular of the Couperin clan. In 1713 he received a 20-year royal privilege to publish, and he set right to it with his first of four volumes of pieces for the harpsichord, Piéces de Clavecin. It is in his second volume we find the enchanting Les Barricades Mystérieuses (The Mysterious Barricades). It is the 5th piece in his Ordre 6éme de clavecin in B-flat major. It was composed in 1717, and is in rondeau form, where the initial theme keeps coming back,alternating with variations called couplets. The title is a mystery itself, with many theories as to its meaning. My theory is that the barricades could refer to the tied notes we find over every bar-line, creating a mysterious floating sense of irresolution. But, it’s just a theory. The fun is in drawing your own conclusion by using your imagination!

La Fanfarinette, “Little Fanfare”, by Jean –Philippe Rameau (1683-1764) is a piece whose beauty struck upon hearing it for the first time on an all-Rameau recording of jazz keyboardist Bob James. It is the 5th movement in his Suite in A minor/major from his collection called Nouvelles Suites de Piéces de Clavecin.

The three pieces that are attributed to Robert de Visée (1650-1725) are Ouverture de la Grotte de Versailles by Jean-Baptiste Lully (1632-1687), La Muzette by de Visée himself, and Les Silvains by François Couperin, and come to us through a time-honored tradition: the arranging of pop tunes. The baroque was a time of adaptability, where composers freely borrowed (or stole) ideas or even complete pieces from others, and rewriting them in their own style. Just like Lady Gaga might sing a Beatles tune. Robert de Visée was a renowned guitarist, theorbist and viol player in the courts of the French kings Louis the 14th and 15th. He arranged many popular pieces from his time, by the superstars of French composition, for both the guitar (we now categorize as the baroque guitar) and the theorbo. Although it was almost the length of a harpsichord, the theorbo was shaped like an oversized lute, had an extended bass range, and was used in place of the harpsichord in many baroque orchestras.

Dr. Alexander Dunn, while completing his doctoral studies at the University of California at San Diego, was inspired by the compositions of de Visée, and took on the task of arranging all of de Visée’s theorbo music for the guitar. The arranger has this to say: “I had been fascinated by French harpsichord and lute music, studied some harpsichord,and had always loved the elegant and refined 17th/18th century French style. I undertook a doctoral dissertation on de Visée, examining his life and musical circumstances, and transcribing all of his theorbo pieces from tablature into notation, making some adaptions for classical guitar. I found the theorbo pieces better suited to the guitar, as the use of low basses and the sound were easier to adapt than French baroque guitar textures, which do not translate onto modern instrumentsassuccessfully.Ipublishedarrangementsof ViséeinGuitarReview,in1990,andalso in Gitarre und Laute, where adaptions of François Couperin, as arranged by Visée, appeared.”

German-born Georg Philipp Telemann (1681-1767) was mostly self-taught as a musician. He entered the University of Leipzig to study law for a brief spell, but followed his dream and became a composer against his parents’ wishes. He would hold several important positions throughout Germany, until settling in Hamburg in 1721. There he prospered, becoming the musical director of the city’s five main churches. He was good friends with both Handel and J.S.Bach, and was the godfather of Bach’s second son, Carl Philipp Emanuel. When Telemann passed away in 1767, he was succeeded in his Hamburg positions by his godson, Carl Philipp Emanuel Bach.

The Guinness Book of World Records lists Telemann as the most prolific composer of all time, citing over 800 credited works. It is more likely that he actually wrote more than 3,000 works, many of which were lost over time. Among these we find several sets of pieces for unaccompanied solo instruments, including his 12 Fantasias for Solo Violin; 12 Fantasias for solo flute; 12 Fantasias for solo viola da gamba, and 36 Fantasias for solo harpsichord. The fantasias for violin, although being multi- movement works, are relatively short. The movements continue almost seamlessly from one to another. The Fantasia No. 1 here is masterfully arranged for guitar in A major by Carlo Marchione. The original key was B-flat Major; the arranger requests the performer to use a capo on the 1st fret, bringing the key up to B-flat. But I prefer the resonance on the guitar without the capo, so it is recorded here in A major.

Sylvius Leopold Weiss (1687-1750) was the most renowned German lutenist of his time. He was certainly the most prolific composer of lute works; around 850 attributed works survive out of his probable 1000-plus compositions, and are primarily sonatas, suites, chamber works and concertos.

He and Bach were active at the exact same time, and knew one another. This is important for us guitarists to realize. Anything Bach would have written for the lute would have been influenced by Weiss’ playing style. Thus, in studying and playing through the works of Weiss, we have a better understanding of how to interpret Bach on the guitar.

The original is in D minor, but I love Michael Lorimer’s version in E minor, recorded here.

Johann Jakob Froberger (1616-1667) was born in Stuttgart, and was one of the most famous composers of his era, pre-dating Bach by at least a generation. He was most influential in developing the dance “suite” as a musical form by grouping certain dances together. Lamento, with the dedication: “Lamento sopra la dolorosa perdita Real Maestá di Ferdinando IV. Re de’ Romani” is a profoundly beautiful Allemande, which serves as the first movement to his Suite No. 12 for harpsichord. Within, he expresses his sadness at the death of King Ferdinand IV, who unexpectedly died of smallpox in 1654. Unlike so many baroque tombeaus, this one is in a major key, offering a hint of optimism or perhaps surrender to fate. And, after he unloads his grief in the tumultuous middle section, Froberger ends the piece with an ascending major scale that seems to deliver the soul of his beloved king to the heavens above on a pillow of clouds.