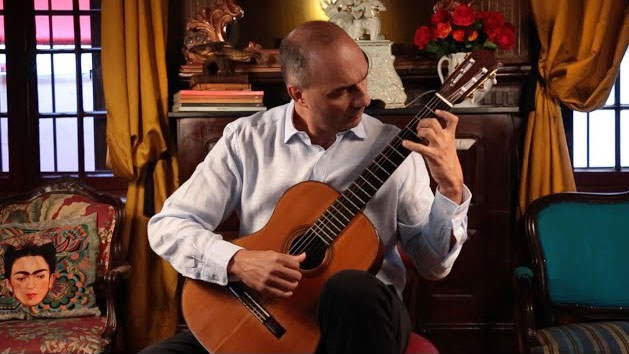 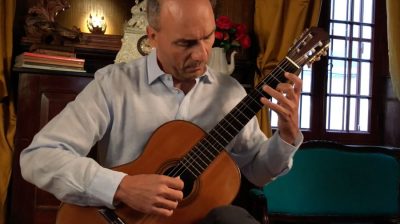 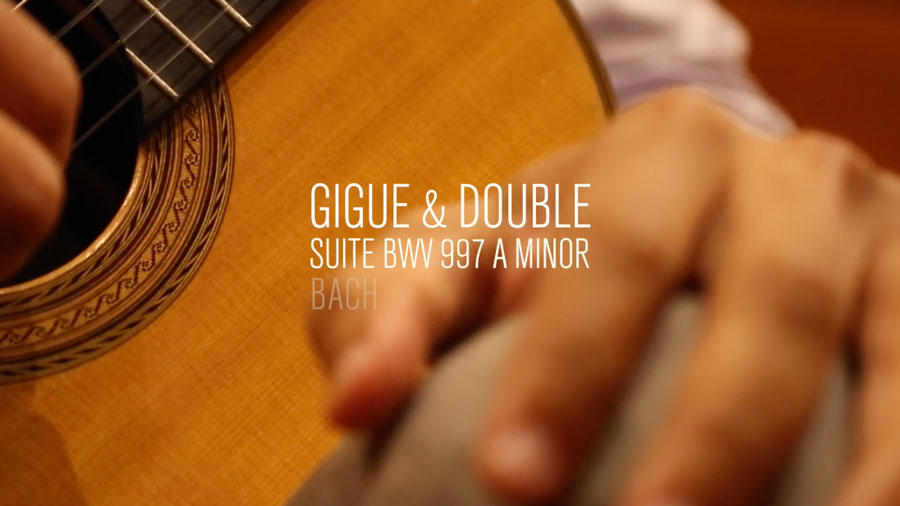 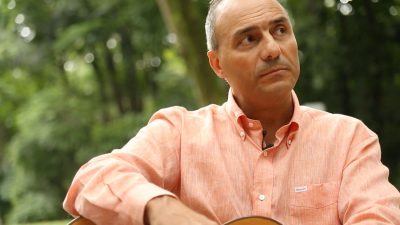 Grouping musical pieces is quite an old idea that emerged in the 14th-century Renaissance. From the 17th century on, the idea of joining pieces written in the same key and with the same musical motifs won a big boost, with the typical Baroque suite consisting of four movements: Allemande, Courante, Sarabande, and Gigue. Over time, composers added a few more movements, such as a Preludio as an overture, and a Bourrée between the Sarabande and the Gigue.

The main composer of this period was the German Johann Sebastian Bach (1685-1750). Although Bach wrote many suites for instruments such as the violin and the violoncello, he left only a few works for the predecessor of the modern guitar, the lute. However, many of those suites originally composed for other instruments are successfully played on the guitar today, including the beautiful Suite BWV 997, written in Leipzig around 1740 in five movements. The suite opens with one of my favorite Bach pieces, a wonderful Preludio, with a theme and main musical ideas that echo throughout the suite. The opening is followed by the crown jewel, the “piece de resistance” of the Suite, a long Fugue with a sophisticated counterpoint which presents numerous technical challenges on the guitar. The sad and serene Sarabande follows, offering a moment of peace and reflection in the middle of the Suite. Finally, Bach offers a rhythmic and richly ornamented Gigue, bursting into an extravagant Double that closes the Suite with a flourish.

One of the greatest lutenists of the Baroque period was the German Silvius Leopold Weiss (1687-1750). A prolific composer admired by Bach for his virtuosity on the lute, Weiss wrote hundreds of pieces of various musical genres grouped into suites. A common practice at the time, Weiss often used the same piece in several different suites, and sometimes even with different arrangements. Manuscripts of the suites can be found in a number of museums and libraries in Europe, mainly in London and Dresden. In line with the practice adopted by Weiss himself, the Suite in F Major shown here is a combination of movements from different Suites found in manuscripts at the University of Dresden: the Prelude, Allemande, Courante, and Gigue were extracted from the Suite 1 SW 33, while the lovely Sarabande comes from Suite 7 SW 35. My arrangement of this suite was inspired by a John Williams recording for the BBC, which overwhelmed me in my adolescence. Interestingly, due to the tuning of the baroque lute Weiss wrote several suites in F major, a key that is not common in guitar pieces. Therefore, several passages that present technical challenges and unusual left-hand openings on the guitar did not appear in Weiss’s lute, particularly in the Courante, and the wonderful Gigue with its syncopated rhythmic swing. However, the sheer beauty of the Suite compensates for any additional technical effort.

In the second half of the 18th century, the lute basically disappeared giving rise to the first guitars resembling the modern guitar. At the beginning of the 19th century, we see the first virtuosos of this new guitar era, including Fernando Sor (1778-1839). Although Sor was a prolific composer, with works for orchestra, piano, opera and ballet, it is in the guitar world where he achieved greatest recognition:

Sor is considered by many as one of the greatest composers in the history of the instrument. One of the first pieces published by Sor in Paris, the Sonata Op. 15b has only one movement and recalls various elements of the Italian opera overtures of the years 1780-1790 by composers such as Paisiello and Cimarosa. For me, it is one of Sor’s most complete pieces, in which despite the numerous technical difficulties the composer created a cohesive and well-structured piece in sonata form.

After the death of Sor, the guitar begins to decline during the second half of the 19th century, and is relegated to salon music and as an entertainment instrument. This only began to change in the 20th century with the emergence of the great Spanish guitarist, Andrés Segovia (1893-1987). Beginning in the 1920s, Segovia asked several composers to write new works that he could play in his concerts. Among those who answered his call was Mario Castelnuovo-Tedesco (1895-1968), a prolific Italian composer who, despite not being a guitarist, wrote several guitar pieces that are so idiomatic that it is hard to believe that he did not play the instrument himself (he was a pianist). At the suggestion of Segovia in 1934, Castelnuovo-Tedesco composed the Sonata Opus 77, a tribute to the Italian composer Luigi Boccherini (1743- 1805), comprised of four movements, each named according to its tempo: Allegro con spirito, Andantino quasi canzione, Tempo di minuetto, and Vivo ed Energico. In this recording, I play Segovia’s edition with some minor modifications, particularly in the second movement, where I prefer to use the original.

Born in Brazil, Marcelo Kayath started to learn the guitar at 13 with Leo Soares, and later was a pupil of Jodacil Damaceno and Turibio Santos. At 16 he won the Segovia Prize at the Villa-Lobos International Competition in Rio de Janeiro and two years later he became the first guitarist to win the Young Concert Artists Competition, the Brazilian equivalent of the BBC Young Musician of the Year.

In 1984 he became the first and only musician to win what were, then, the two major international competitions in the same year, the Toronto International Competition and the Radio France Competition in Paris. He started touring Europe and North America to great public and critical acclaim.

During that period he made several recordings for companies such as Hyperion, MCA Classics and Pickwick. Simultaneously, he graduated as an electronic engineer at the Rio de Janeiro Federal University. He halted his solo career to pursue an MBA at Stanford Business School.

GuitarCoop is now releasing his first recording after 25 years away from the stage and recording studio,”Marcelo Kayath – Suites & Sonatas – works by Bach, Weiss, Castelnuovo-Tedesco and Sor”.